A term typically used interchangeably with "Hebrew" and "Jew", referring to an ethnic group that traces its origins to the Biblical patriarch Jacob (Israel). Another group that has consistently traced its origins to this patriarch since antiquity is the Samaritans, and the term "Israelite" may be used to refer to Samaritans as well. Even in Biblical times, the Israelites weren't of the pur...
LEARN MORE SIGN UP
DEFINITION

A term typically used interchangeably with "Hebrew" and "Jew", referring to an ethnic group that traces its origins to the Biblical patriarch Jacob (Israel). Another group that has consistently traced its origins to this patriarch since antiquity is the Samaritans, and the term "Israelite" may be used to refer to Samaritans as well. Even in Biblical times, the Israelites weren't of the pure stock of Israel - there was also the Erev Rav, the mixed multitude of people from other nations that followed the Israelites out of Egypt to Sinai, and were still often referred to even in the Torah as b'ney yisrael, Israelites. Conversely, there were Israelites who did not follow Moses to Sinai, and they were not counted among the Israelites from that point. Among the modern Jews and Samaritans there are groups who trace their origins to specific Israelite tribes. Many families trace their origins to the tribe of Judah, for example, but the lineage that is best conserved is that of the Levites, who continue to play an important role in Judaism and Samaritanism. This includes the priestly lineage, who trace their lineage to Aaron the High Priest.
2021-08-08 08:48:20 (SINCE)
INSTAGRAM (OVERALL) 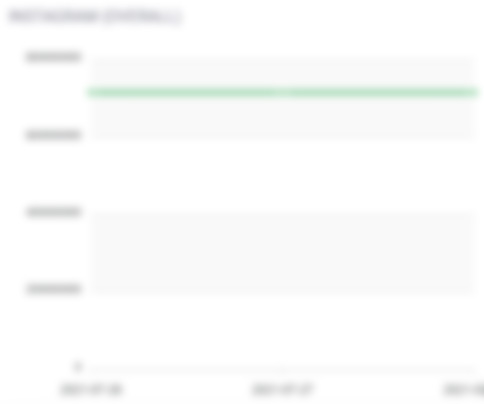 REFRESH
In the contemporary age, the internet has plenty of content related to various fields and niches and therefore is not very easy to find. On social media websites like Twitter, Facebook, and Instagram, people are using hashtags plentifully to relate to specific content and make the people gravitate towards it. Therefore, a need to track these hashtags came into being to facilitate search and improve the SEO of the content. Therefore. We have dedicated this article to explain the effectiveness of the Hashtag tracking tool and how it works. So let us start without further ado!

How does the hashtag tracking tool help?

Hashtag tracking tool assists you to easily monitor posts and topics on social media. By using this tool, you will be able to create a high-performance marketing strategy that will surely bring more followers, visibility, and likes.
Furthermore, it helps you greatly to find out reputable and popular hashtags across different social websites like Twitter, Facebook, Instagram, and other social networks. They are efficient in revealing the exact popularity of the hashtags over time. Since Facebook, Twitter, and Instagram lack the capacity to meticulously monitor the performance of the hashtags, such tools have been devised to meet up this deficiency.

The hashtag tracking tool helps you analyze and identify the correct audience and visitors for your brand. Secondly, it also gives you better and valuable insights into your product development and promotion.

Hashtag tracking tool helps to quickly identify key and top influencers that you can aim at in your influencer marketing campaigns. These key influencers can help you boost your brand's reach, engagement, and sales.

By performing a hashtag analysis with the help of an efficient hashtag tracking tool, you can devise a high-performance marketing strategy that will not only drive more customers, followers, and visibility but also a new audience.

Once you have completely learned to use the hashtag tracking tool, you can optimize and ameliorate hashtag engagement and maximize digital marketing efforts.

After stating the advantages of the hashtag tracking tools, it is quite beneficial to state detail of some amazing hashtag tracking software that will help you analyze its metrics efficiently.

Hashtagify is highly efficient in providing hashtag analytics insights regarding Instagram and Twitter. It can be helpful to you in figuring out trending and the most popular hashtags, monitor relevant content, and find top influencers related to your business. Moreover, it will also assist you to enhance your social media strategy via hashtag marketing. It also enables you to audit your campaign performance, monitor integrated or combined analytics, and create custom reports.
LEARN MORE

RADAAR is an amazing tracking tool that is rising to prominence nowadays. It helps you visually plan your content in an easy way and enable you to publish it automatically and engage more followers. Moreover, it helps you to acquire reports in collaboration with your whole team and clients.
LEARN MORE

It helps your feel the pulse of the market by furnishing you with historical reports of the prevalent mood and opinion of the audience. It usually monitors social media platforms such as YouTube and Twitter.
LEARN MORE

Mention, hashtag tracking software makes it a walk in the park for you to observe social media and ameliorate your social marketing strategy. By using this, you can create efficient marketing analytics and monitor social media data to evaluate the importance of various hashtags. Additionally, you will be capable of measuring the performance of your brand and content. Last but not the least, it helps you to make precise business decisions.
LEARN MORE
EN DE FR IT ES TR RU AR
SIGN IN SIGN UP